Are you planning to buy a brand-new television?

Purchasing a TV is primarily a long-term purchase for most people as it’s the item that we change the least often.

However, there is also a common misconception that televisions are hugely expensive.

Well, there are television models available that span way above the ₹100,000 price range.

If you still don’t believe us, then our TV geeks at ECD India have compiled a list of the best TV under ₹30,000 to get your purchase decision sorted. 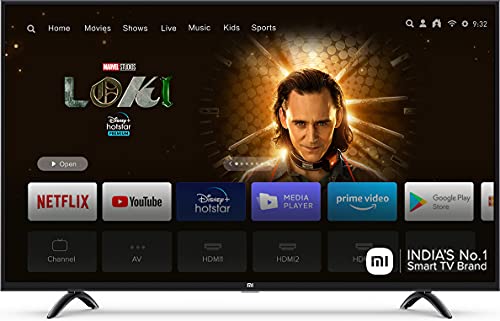 Ever since its entry into the Indian markets back in 2014, Xiaomi and its Mi brand of products have become popular among local buyers. India is Xiaomi’s second-largest market in terms of sales and revenue.

Apart from its smartphone lineup, Mi’s televisions are also hugely popular among Indians, mainly because of its great value for money proposition.

Talking about the Mi 4X|L43M4-4AIN model, it is currently the best television that you can get below the ₹30,000 price mark in India.

As the name suggests, this model of MI television supports 4K Ultra-HD resolution, which is quite rare in this price range. Also, there is support for the Android operating system with Google Assistant voice commands functionality built into the remote.

To give you a better idea of the television, let us quickly glance through its key specifications.

The display panel used on the Mi TV 4X Series is a 4K 10-bit panel that is HDR 10 rated. Thus, the display is capable enough to display 1.07 billion colours.

Thus, you will definitely get to enjoy a premium viewing experience with the Mi TV 4X, especially while viewing 4K Ultra-HD content.

Talking about the features, the first thing that we noticed is the 20W speakers that are built into the television. The speakers are Dolby and DTS-HD certified and gave a theatre-like audio experience, satisfying the audiophiles out there.

The television comes with support for the latest Android TV operating system based on Android 9.0. Therefore, you can experience all the latest applications, games, etc., directly from the Google Play Store.

Apart from the native Android support, the television has inbuilt Google Chromecast support and Google Assistant support as well.

Powering the television is a 64-bit Amlogic Cortex A53 process, which gives a lag-free experience.

You get all the expected standard ports with the Mi 4X televisions when it comes to port availability.

There are dedicated AV input ports with ports for Right and Left channels and a dedicated video input port. There is a LAN port, a S/PDIF port, an antenna port, and an HDMI (ARC) port as well.

Apart from the above-listed ports, you also get 2x HDMI input ports and 2x USB 2.0 ports.

For anyone looking for television under the ₹30,000 price range, the Mi TV 4X is definitely one of the best options out there.

You get to experience all the features commonly only found in television models that are way more expensive. The standout feature is the superior display and fantastic audio experience. 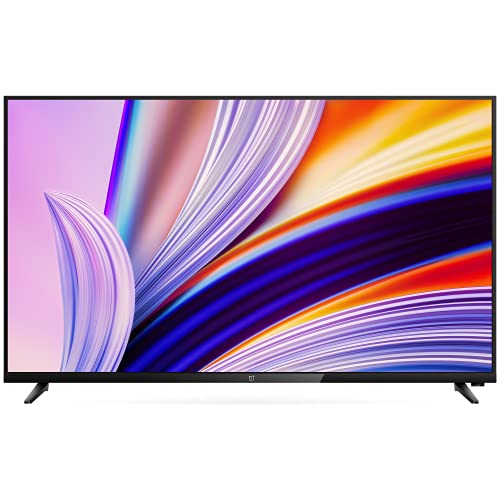 The OnePlus Y Series 43Y1 television is available in both 32 inches and 43 inches variants. The 43-inch variant currently costs just under ₹30000 on Amazon India, making it a worthy contender for our best televisions in India list.

Yes, the OnePlus Y series television only comes with a 1080p Full-HD panel. However, the display technology is well-optimized to bring out the best experience possible.

For starters, the display panel features a 93 per cent colour gamut. The high-quality display combined with the bezel-less television design makes it difficult for anyone to notice that the panel isn’t 4K.

The utilization of “Gamma Engine” improves picture quality by reducing noise and implementing features such as colour space mapping, anti-aliasing, and dynamic contrast.

The key highlight feature of the OnePlus Y Series television models is the support for “OxygenPlay”. OxygenPlay is an Android application directly from OnePlus that aggregates all the content from popular streaming platforms.

“Shared Album” is another feature that allows you to display photographs from your smartphone to the television directly.

The “OnePlus Connect” app lets you easily control your television functions right from within your smartphone.

The latest Android TV operating system powers the television itself. There is also support for Google Assistant built into the remote, thus making it possible to send voice-based commands.

There is also one HDMI (ARC) port, a dedicated ethernet port, as well as an optical port for connectivity.

Simply put, the OnePlus Y Series televisions are for people who value their TV’s aesthetics and software experience more than anything else.

If comfort and ease of use are your mantras, the OnePlus Y Series television will not disappoint you.

The software experience provided by the OnePlus Y Series television is its best selling point. However, even though the overall viewing and audio experience isn’t bad by any means, it isn’t what we expect from OnePlus either. 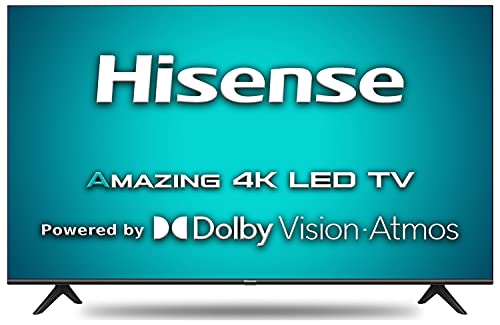 Hisense is a Chinese brand that has been around since 1969. The brand is globally popular with its lineup of washing machines, refrigerators, and, most importantly, televisions.

As the name suggests, the Hisense 43A71F television supports 4K Ultra-HD resolution and is officially certified by Google. Thus, you get to experience all the Android TV operating system features with this television.

The 43-inch Ultra-HD display panel features support for Dolby Vision HDR. As you can guess already, watching Dolby Vision content in 4K resolution is a treat to the eyes.

The USP of the Hisense 43A71F, 4K TV, is its “certified by Google” tag. As we mentioned earlier, this certification guarantees that you experience all the features supported by the Android TV operating system, including Google Play Store, Google Assistant, and more.

Talking about the sound system, this television supports Dolby Atmos and offers a punchy and powerful audio experience.

The Hisense 43A71F, 4K television, features all the standard ports expected out of a modern TV.

Hisense may be a new brand in the Indian market. However, the brand is quite popular in the international markets. True to their experience, the Hisense 43A71F 4K Ultra-HD television offers one of the best experiences under ₹30,000.

Also, as the television is Google-certified, you get the complete Android TV operating system experience here.

Hence, if you’re looking for a complete television package below ₹30,000 in India, the Hisense 43A71F is a worthy contender. 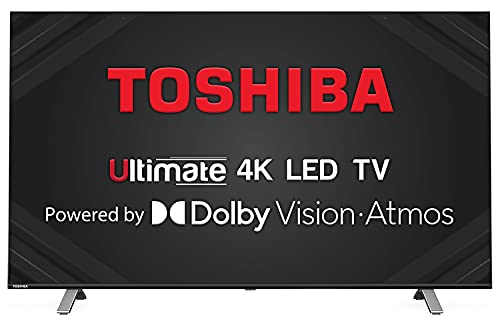 Toshiba is a Japanese electronics manufacturer with a long running history of producing high-quality consumer electronics.

The Toshiba 43U5050 Ultra-HD Smart LED TV is part of the Vidaa OS Series of televisions launched in India, and is priced below the ₹30,000 mark.

Anyone who is aware of the Toshiba brand expects nothing short of stellar picture quality out of their televisions. With the Toshiba 43U5050 Ultra-HD Smart LED TV, the company has kept their quality statement high by offering one of the best display experiences in its price range.

The 4K panel is bright and produces vibrant colors with good contrast. What’s more impressive is the black levels of the LED panel, which is really dark for a television priced below ₹30,000.

The television runs “Vidaa OS” by Toshiba, which the company claims to be designed specifically for televisions.

The UI features a modern look that anyone can easily understand and get used to. Also, the experience is quite lag-free, thus won’t be irritating to use.

The audio experience provided by the dual speakers of the television is also impressive enough to match the picture experience.

The Toshiba 43U5050 Ultra-HD Smart LED TV can easily be recommended for the price at which it sells. Even though it offers a really impressive experience in the audio and video department, the lack of support for Android or other popular apps/services is definitely a big negative point. 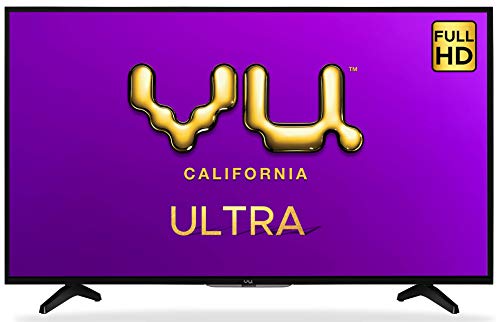 Not many people know about Vu California as a tech brand, but people who have bought their television models are very much happy with their purchase.

I personally have friends who bought the television and are super-happy about their decision.

Even though the display panel is only 1080p Full-HD, the image quality is crisp and clear for the resolution. There is no motion blur or any such issues, which is common on display panels with big size and lower resolution.

Overall, the display performance is very impressive and good for the price at which the television sells.

The Vu 43GA television runs on the Android 9.0 operating system. Thus, you get to experience all the essential features of the Android OS on the television.

With support for features such as Dolby Audio and DTS Surround Sound, you get to experience superior audio without any distortion.

The television also features a “Cricket Mode” which ensures 100% ball visibility while watching cricket matches. Moreover, there is also support for Google Chromecast with Bluetooth 5.0.

Just like the other televisions mentioned in this list, the Vu 43GA Smart Android TV also features all the necessary ports such as HDMI, USB, LAN, ARC port, optical audio input port, etc.

In this section, we’ll answer some of the common queries that people have while buying televisions in India.

What is the best television under ₹30,000 in India?

As of writing this article, the Mi 4X 4K Ultra-HD TV is definitely the best television model that you can buy for under ₹30,000 in India.

What do you need to consider before buying a television in India?

The availability of service centres in your location, Android support, support for features like Bluetooth, etc., needs to be your priorities while picking a best television in India in 2021.

What is the best screen size for a television?

Well, the display size of the television that fits you the best mainly depends on the location where the TV is going to be placed.

However, considering the budget of ₹30,000, 43-inches is the maximum display size you can get in the market currently.

In this article, we have mentioned the top 5 best TV under ₹30,000 that you can buy in India.

Of course, there are several more models from various brands available within the ₹30,000 price bracket. A simple product search on Amazon India can give you many such results.

However, the television models that we have listed in this article offer satisfactory results in all the key aspects.

For instance, companies like Mi, OnePlus, and Hisense are very much focused on customer service and hence have service centers located across all the key cities in India.

Moreover, the picture quality and audio experience of the TV models listed above are also very satisfactory.

Also, the support for the Android operating system and the software features offered by the above-listed models is functional.

We hope you found this list informative and helpful. If you wish to add your suggestions or leave reviews of the above-listed models, do mention them in the comments below.

Riya Menon
Riya Menon is an Engineer with specialization in HVAC, Electrical, Fire System, and Plumbing from E&TIS Kerala. As an Analyst at ECD she keeps herself updated on latest technologies in consumer electronics and appliances. With a background in engineering, she regularly write reviews about products and ranks the best appliances in each category.

Want to join the discussion?
Feel free to contribute!

Popular
Recent
Comments
The Best Wireless Keyboard & Mouse of 2021 How to Prepare for Water Purifier Installation
Scroll to top
error: Content is protected !!